This OFRN project combines GhostWave’s RF Noise radar technology with long range cameras for perimeter monitoring. The product is a system looking for a typical group 1 UAS out 3km, 360O in azimuth using stealthy radars from The Ohio State University patents, exclusively licensed to GhostWave. The radars are stealthy with Low Probability of Jamming or Intercept.

At the end of the 18-month contract, the team will have a mast mounted sensor feeding data into existing surveillance systems of General Dynamics, Lockheed Martin and/or Raytheon. The sensor will be Low Probability of Intercept, Low Probability of Detection and Anti Jamming.

In September 2019, a Saudi Arabian refinery was attacked by Unmanned Aerial Systems (UAS), incapacitating the facility. From Guardian News reporting the attack, "But drones and cruise missiles fly too low to be detected by the Patriot’s ground-based radar" and "Even if they could see the threats, experts said, Saudi Arabia’s missile-defense systems can see with a field of vision of about 120 degrees."

There is a need for a better surveillance and a notification system to provide advance warning to these events. Current radar solutions for Forward Operating Base security are looking at the wrong altitude and direction. They are prone to jamming and interference. Cameras are good at identifying and classifying objects, but do not provide range, velocity or direction of travel.

A number of government agencies (military and civil) require this capability to protect facilities, operations, critical infrastructure and personnel. Commercial interest in such a system for security and safety applications is also anticipated. Commercial strategy is to use this final product as a demonstration of using the same equipment for civilian applications including, but not limited to sporting events. The anti-drone market is projected to be $4.5 billion by 2026.

Targeted customers include General Dynamics, Lockheed Martin and other Department of Defense OEMs. Additional customers are civilian applications for event security of large gatherings including sporting events. Final Product, Commercialization is integration into existing DoD OEM Security Systems Areas of Interest and Supporters Ohio National Guard as well as the Army is very interested in this project. Air Force AOI #13 and #16 for ground and air-based detection. 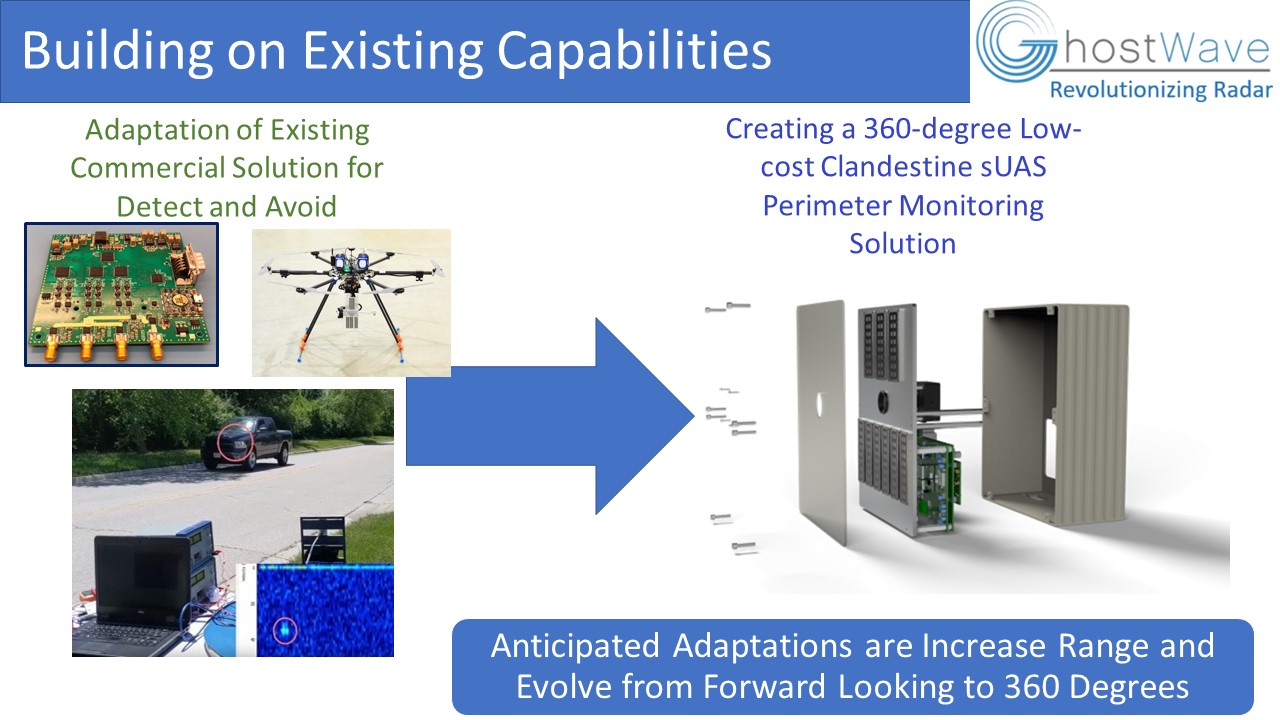 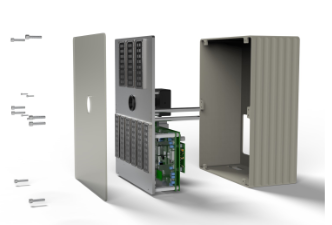