To date, the OFRN program has competitively allocated over $51.4 million across 5 R&D project rounds, resulting in 35 research projects led by industry-academic collaborative teams located throughout Ohio. Additionally, the OFRN R&D projects resulted in the creation of 10 Ohio companies spread across Ohio. The OFRN  collaborators include 21 colleges and universities and 97 businesses throughout Ohio.

Furthermore, OFRN's economic impact is significant in terms of job creation. Specifically, the OFRN created 328 jobs through its R&D investments, 96 jobs have been retained, and +1,167 indirect jobs have been created.* *Based on the Economic Policy Institute's analysis of the Bureau of Labor Statistics data. These OFRN-funded projects also resulted in 12 IPs with 2 pending. 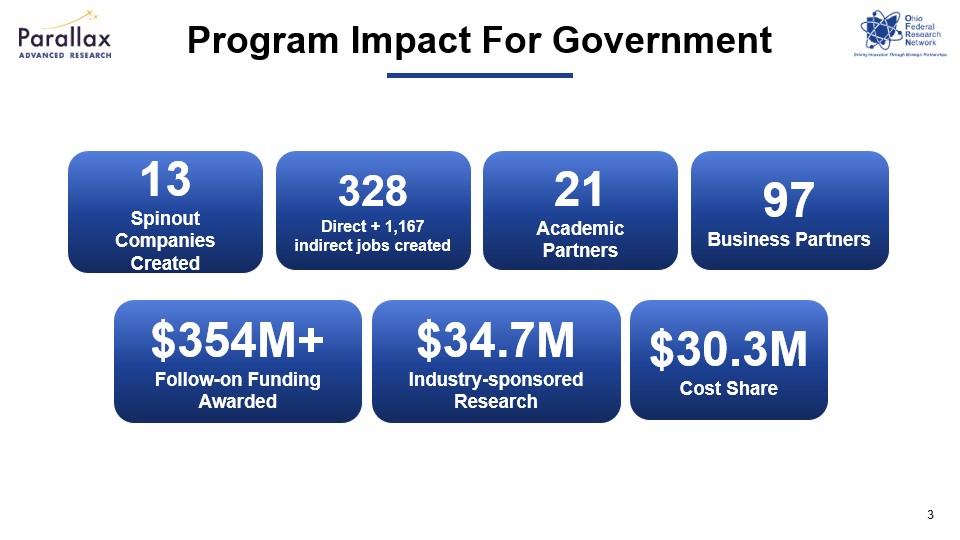 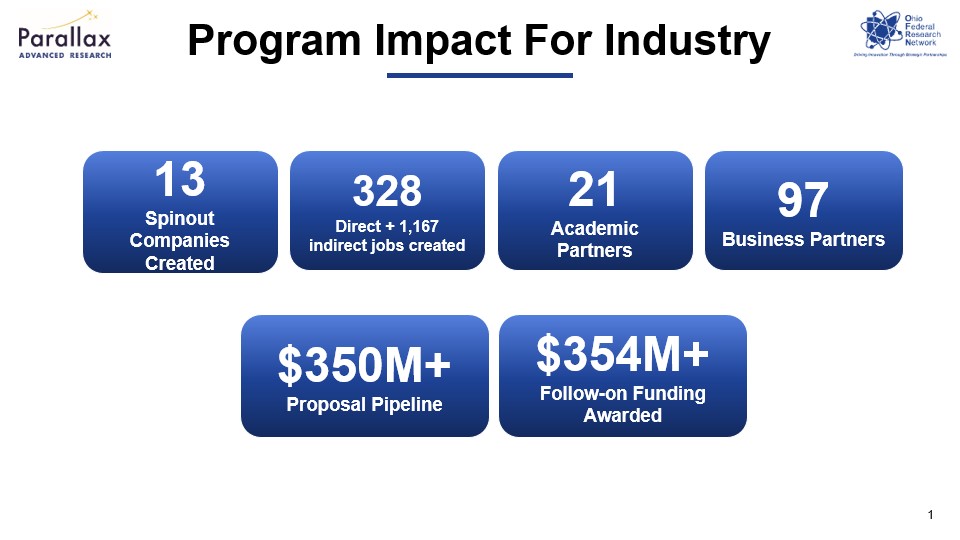 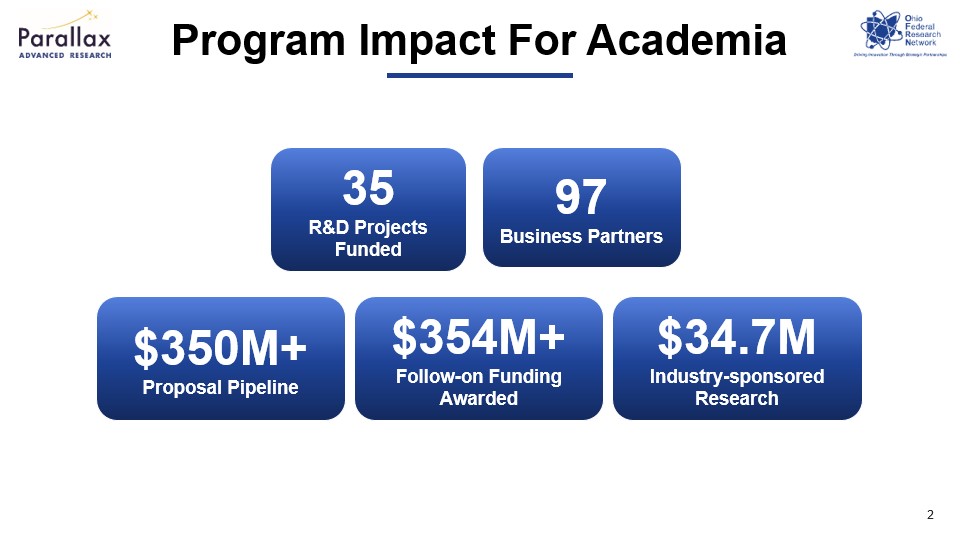 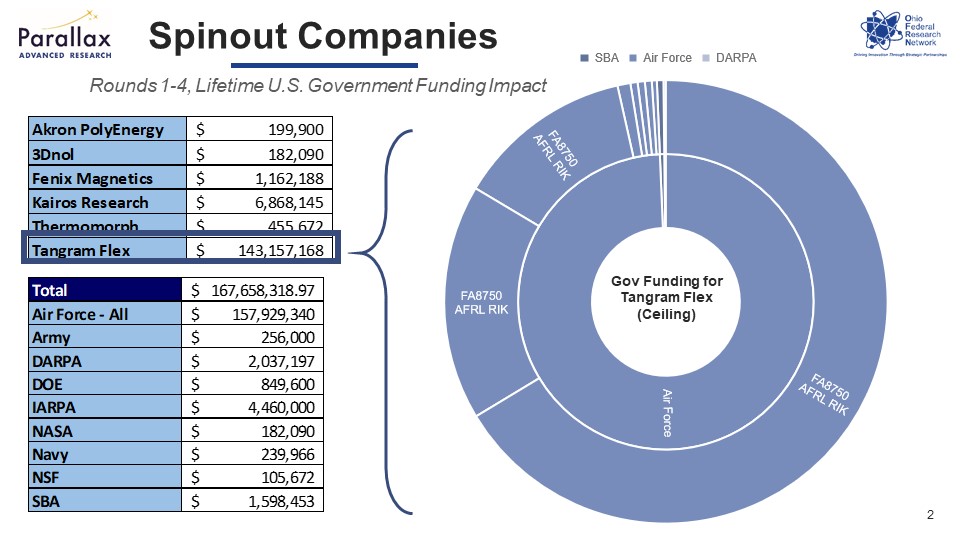 The SBIR and STTR programs are designed to encourage U.S. small businesses to engage in federal research/research and development with the potential for commercialization. Through a competitive awards-based program, SBIR and STTR enable small businesses to explore their technological potential. The STTR program is a collaboration between small businesses and nonprofit research institutions. STTR's most important role is to bridge the gap between the performance of basic science and the commercialization of resulting innovations. The program requires the small business to formally collaborate with a research institution in Phase I and Phase II. The Ohio Federal Research Network (OFRN) provides its network partners, specifically small business and academic researchers and innovators, free SBIR/STTR education, training, and proposal process navigation services, including team matchmaking and collaboration events, throughout the proposal development journey.  The following are OFRN's success metrics supporting its network of academic and small business partners in Ohio in their pursuit of SBIR/STTR funding. 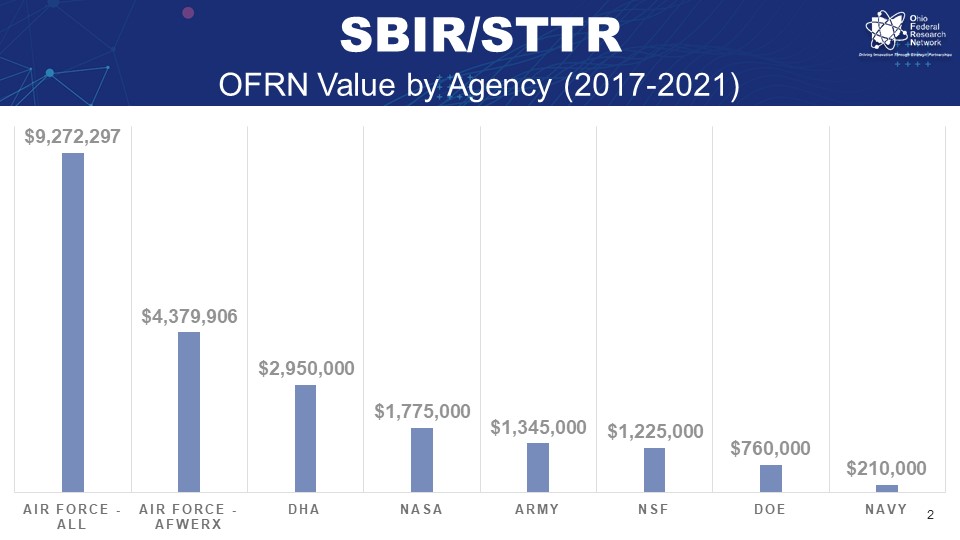 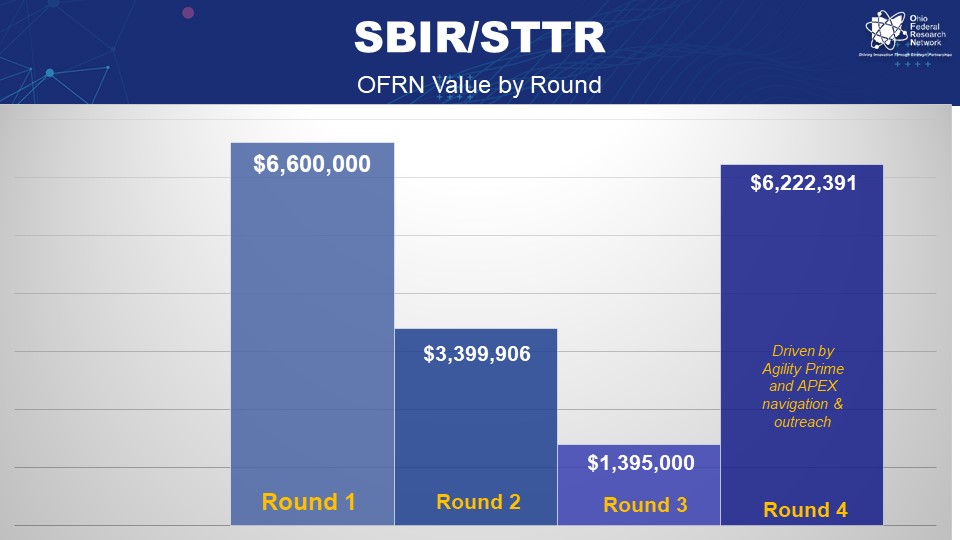 Enter your email and select "submit" below:

Enter your email and select "submit" below: