Nanocomposite soft magnetic alloys designed for use in aircraft power converter and propulsion systems were designed, fabricated and characterized.

The materials were prepared in the forms of ribbons, powders, thin films and 3D printed parts. Ribbon processing was the most mature of these techniques and excellent quality ribbons were produced. While materials were produced in each of the other forms, the properties were degraded compared with the ribbon materials (for a variety of reasons described in the report). Ultimately, good properties (i.e. low coercivity and high magnetization) were observed in air-castable, high temperature, soft magnetic nanocomposites during the course of the program. Such materials should be of interest to our Federal partners for use in aircraft power and propulsion.

As identified in the 2015 NASA Aeronautics Strategic Implementation Plan, aircraft propulsion will move necessarily more toward hybrid-electric or all electric concepts to provide sustainability, energy efficiency and low-carbon emissions by 2025. Recent advances in high switching frequency (10s of kHz) semiconductor technologies (i.e. SiC and GaN devices) have enabled a new generation of smaller, lighter, more energy efficient power converters. However, the commensurate magnetic material components needed for these applications are not available. The purpose of this project was to design and develop new magnetic materials aligned with hybrid-electric and electric advanced air vehicle technologies.

Commercial viability of the alloys for bulk applications requires air-castability. While air-castability was established before the end of the program, the alloy properties were not optimized, due to limited scientific literature to support alloy design. However, the target application metrics were met for ribbons. In powder, thin-film, and additively manufactured forms, the magnets did not exhibit magnetic performance metrics that were desirable for the target applications. That said, each of these areas remains promising for future research, which we anticipate will de-risk these technologies to the point where commercialization is viable. Despite none of these technologies being mature enough for commercial application at this time, the follow-on funding will enable us to make the necessary steps to achieve future commercialization.

During the course of this 27-month project, there were 3.75 jobs created or retained. These jobs were split between a spin-off company (Fenix Magnetics (Willard, Case Western Reserve University (CWRU))) and partner universities (Heber, University of Utah). The CWRU team spun-off a magnetic materials start up (Fenix Magnetics) in the related area of iron nitride magnetic alloys during the early months of the Ohio Federal Research Network project based on a successful ARPA-E program. Follow-on funding to support this effort from Defense Advanced Research Projects Agency and Office of Energy Efficiency and Renewable Energy have helped the company to de-risk the technology resulting in hiring of a postdoctoral researcher and several part time undergraduate researchers. In addition to job creation, $3.1M of Federal follow-on funds were awarded during the period of performance for work related to magnetic materials. We anticipate that these efforts will result in an important breakthrough for air castable, nanocomposite magnets and potential for commercialization. 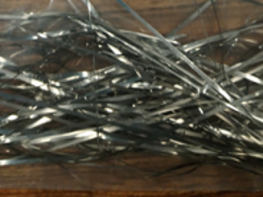 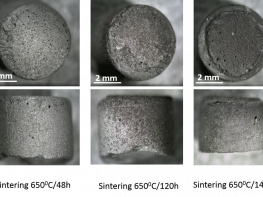 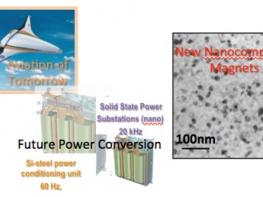 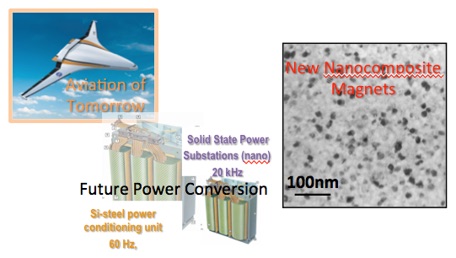