The effects of motion sickness (MOS) on military health, risk, performance and operational effectiveness were explored during a unique two-year multi-disciplinary research investigation between three universities, two industry partners, and NAMRU-D. This study enrolled 28 volunteers from a military population and assessed the effects of pre- and post-MS exposure. A wide variety of measures were utilized to quantify these effects including low back function (via cLMM), spinal loading, postural stability, gait function, genotypes and gene expressions. Our results found interesting changes to both biomechanical and genetic variables (low back function, postural stability and gene expressions). In addition, we found mild to moderate correlations between changes in biomechanics and gene expressions. These changes in gene expressions may be the underlying mechanism for observed changes in biomechanics.

The study findings has the potential to be used to help researchers and practitioners derive effective interventions for MOS in the future. Our study also showed that low back function (via cLMM) and postural stability tests could serve as potentially sensitive screening tools for evaluating the susceptibility to MOS. This effort facilitated 13 non-profit jobs and $710,000 in follow-on funding. In addition, this collaboration has led to $3.1M in additional follow-on proposals submitted to federal and state agencies. 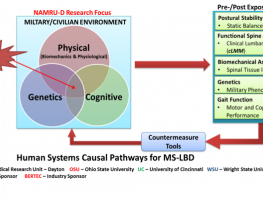 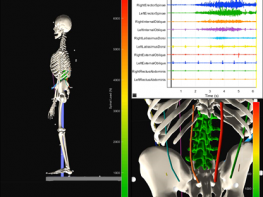 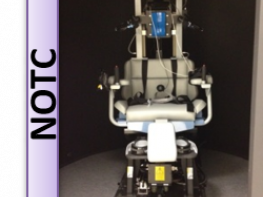 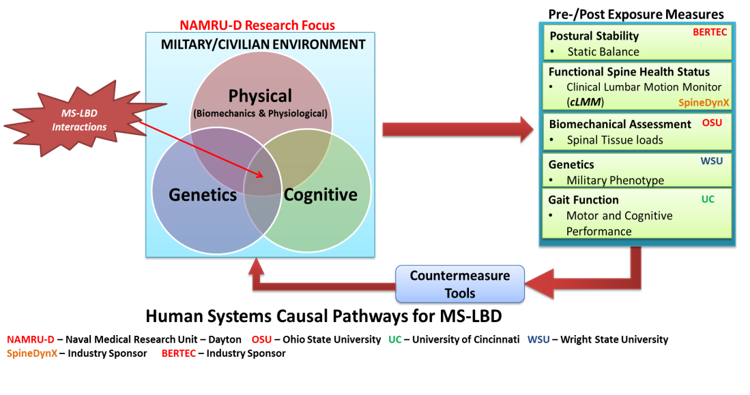